Share All sharing options for: Wussiest Mascot Tournament: THE EAST

Moving on to the East: Some of my favorite mascots are in this region. For my money, you can't beat the Mountaineers. There aren't too many lame mascots coming out of the East regional.

This is a tough call.Scratch bumped them down a notch. He looks more like a cute puppy than a Wildcat. I've also been afraid of Pirates of the Carribbean ever since I went to Disney when I was 5. It's a small world after all still haunts my dreams. 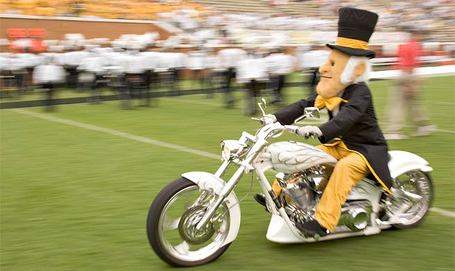 Cornell. Ever heard of it?

John Cheney apparently is not impressed. Even though their official mascot is a psychotic looking teddy bear, Big Red is still moving on. 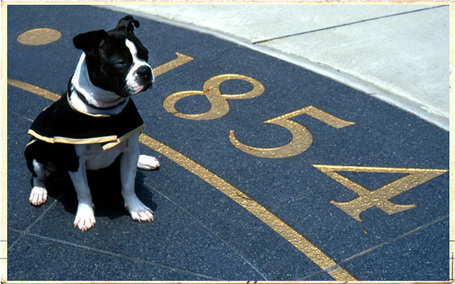 Do the Eagles have large talons? Do they have what? Large talons.  I don't understand a word you just said.

IMO, both of these mascots suck. Here's Clemsons. Here's Mizzou's. Neither one is going on.

I guarantee the Mountaineer Man has a Bearskin rug back in his condo.

Since most of these mascots are awesome, I'm going to go ahead and crown the Cornell Big Red as king wuss of the East regional.