Mike Stuart, the official who threw Kentucky head coach John Calipari out of the Mississippi Valley State game a few weeks ago, will be one of the three referees working Friday afternoon's game between the Cats and the Cards. Stuart was also one of the officials working when UK suffered its first loss of the season at South Carolina a year ago. 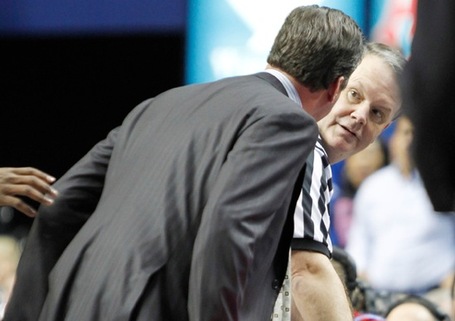 Stuart has called 13 technical fouls already this season, sixth most of any referee in the country. There have been five T's whistled in the past two U of L/UK games.

All of this is of little consequence anyway since Jim Burr is the lead official and will make five awful calls to ensure that either of his co-workers get as little attention as possible for making one.

Michael Stephens is the third official.