Louisville went on the road for the first time and gave perhaps their best performance of the season, burying 16 three-pointers on their way to a 114-82 rout of in-state host Western Kentucky.

Peyton Siva led the way for U of L, knocking down four triples and scoring a career-high 29 points. The sophomore point guard also handed out a career-best eight assists.

Chris Smith scored 18 points for the Cardinals while Preston Knowles and Rakeem Buckles each added 15 as Louisville scored its most points since hanging 115 on Tennessee State on Dec. 20, 1999.
Sergio Kerusch led Western Kentucky with 21 points.
Louisville (10-1) will head back home to face Morgan State on Dec. 27 in their final tune-up before a New Year's Eve showdown with arch-rival Kentucky. 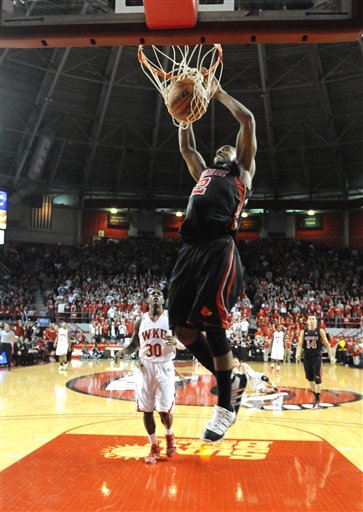