It's the pair of questions that have dominated Cardinal athletics for the past three and-a-half months: Why is U of L doing this to us and how can we make it stop?

No one saw J-Bone coming. No one was prepared. No one could have prevented it. No one can blame themselves.

Since Sept. 4th, Louisville sports fans have been haunted by an overly enthusiastic grown man - working under a moniker generally reserved for socially-awkward 11-year-olds or middling rappers from 1995 - telling us to listen to things we don't want to hear and encouraging us to do things we don't want to do. Naturally, all of this has been done from an unavoidable giant jumbotron screen. 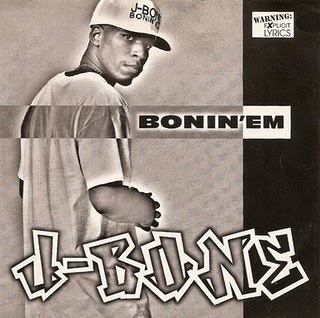 This is not J-Bone, but it is the first result for "J-Bone" in Google images...and it's hilarious

Second only to his preternatural ability to piss people off without really doing anything, J-Bone's biggest kryptonite has been timing.

Kentucky scores on the second play of the game? "Let's toss it over to J-Bone." Cincinnati throws a 57-yard TD pass on 4th and 11? "Hey guys, if you're having a good time on the party deck put yo hands in the air!!" Cameron Graham lying motionless in front of a silent stadium? "Let's see which row can pass this giant inflatable football the fastest. It's gonna be crazy y'all!"

Then J-Bone started showing up during media timeouts at basketball games. Defeated and resigned, Louisville fans accepted their Sisyphean fate and told young children it might be better to start rooting for Ball State.

But something happened Tuesday night. In a shocking December twist rivaled only by Scrooge's revelation and Summer's saving of Chrismukkah, J-Bone was gone.

Handling the emcee duties was Louisville events planner/party liaison Joey "J-Dub" Wagner. While the "J-Dub" may have gotten things off on a skeptical foot, the consensus after the game was that Wagner did a good job. For a task as lose-lose (from a public opinion standpoint) as sponsored events emcee during timeouts at a sporting event, "did a good job" is the equivalent of winning the Academy Award for best actor.

I did radio with Wagner a couple of times back in the free and crazy days of 2007, and he knows sports (I believe he played college baseball). He also speaks well and was born sans the inherent unlikeability of his predecessor. If U of L has elected to make this a permanent move, I'm good with it (they care).

So has J-Bone officially said goodbye? Or will he come back just in time for Christmas like Jordan wearing the 4-5? I'm talking, of course, about Jordan "J-Dawg" Jenkins, who was beaten to death at the age of 45 by fans of the Single A Modesto Nuts who had been mistakenly led to believe that J-Dawg's days were over.

All we can do now is turn to Santa.