Louisville safety and CardsFan922 crush Hakeem Smith has been named a freshman All-American by Rivals.com.

Buzz: One of most stark turnarounds in the Big East was turned in by Louisville's defense, which improved from allowing 371 yards per game to 305. Smith was the Cardinals' leading tackler (80) and recorded six tackles for loss. 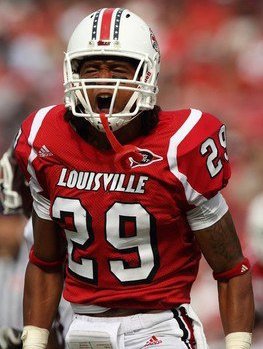 Smith was named the Big East Rookie of the Year last week.