When I was 11, my Dad took me to a running track off Eastern Parkway on many a Saturday morning to train for a local race. Although Dad had taken me to several Louisville football games, this was the first time I can remember driving through the University campus and seeing actual students walking around.

The first time we pulled up to the track, near Parkway Field, I saw a group of guys playing soccer several hundred yards away. It looked like a practice. But it wasn't. Louisville was playing an NCAA Division 1 college soccer match. As we walked closer, it seemed as though more players were on the field than fans in the stands.

That was the first time I realized Louisville played more than just basketball and football. Though it would take several years--and Tom Jurich--to actually see non-revenue sports like soccer play in thoughtfully-designed venues. 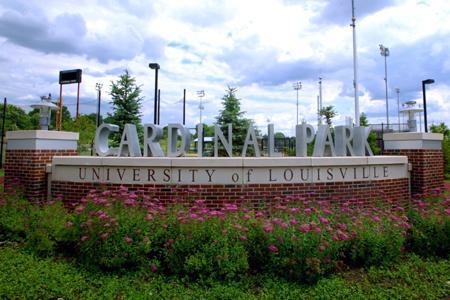 Which brings us to tonight. A special time for Louisville athletics. Big spot on ESPNU for men's soccer. The same channel broadcasting the UNLV - Louisville basketball game 15 hours later. For your sake, I hope you have ESPNU because you'll miss an exciting brand of soccer if you don't.

In thrilling fashion, Louisville overcame an early 0-2 deficit to beat the UCLA Bruins last weekend via freshman Aaron Horton's game-winner with less than a minute left in regulation. The Cards enjoyed an undefeated season, including several close games at Cardinal Park. The venue tonight will not be as friendly--or as cold.

While it's made headlines locally, Louisville's recent success on the college soccer scene pales in comparison to what their College Cup Semifinal opponent has enjoyed. North Carolina, a side that will send five seniors to the upcoming MLS Combine, has won all three of their NCAA Tournament games this year on Penalty Kicks. After beating SMU last week on PKs, UNC clinched their third consecutive College Cup/Final Four in men's soccer, a first in NCAA men's soccer history.

While Louisville had the edge over a storied UCLA program in experience and location, they'll play the role of the new kid on the block tonight in Santa Barbara. The 'heels are expecting to have a lot of fan support. UNC has three players on their roster with California roots, including their top threat, senior midfielder Michael Farfan. Farfan, a Wildomar, CA native (3 hours drive from Santa Barbara), is one of the 15 semifinalists for the Herman Trophy, the top individual honor in collegiate soccer.

Not that Louisville cares. Head coach Ken Lolla's side has turned nineteen opponents--nearly all of whom have more NCAA wins than the Cards--into losers this season. Lolla's got a fairly serviceable weapon of his own in junior forward Colin Rolfe, who is not only a 2010 Herman Trophy Semifinalist but also one of only two players this year who are repeat nominees.

The Cards are one game away from competing for the National Championship. They've come a long way since playing in front of 50 fans off Eastern Parkway. Tonight, they play for a shot at history. Again. Another biggest game in program history.

Louisville team captain Austin Berry: "You know, I haven't gotten too excited about anything yet, because I know we're not finished. There's still a next step. [But] we always talk about how our celebration is going to be at the end of the year."