Prediction Time: Kyle Kuric To Start At QB Against Orange

Share All sharing options for: Prediction Time: Kyle Kuric To Start At QB Against Orange

So, how did your favorite candidate do in the recent elections?  Good, I'm glad.  Now that we have that nasty business behind us, we can prepare for the easiest game on our schedule, the lowly, national laughingstock known as the Syracuse Orange Men's Football Team.  Let me just confirm my assumption that they are winless heading into this game....... 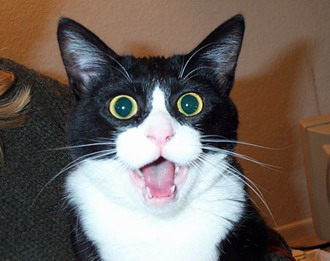 Well, this sure throws a wrench into our plans.  How did Syracuse get so good all of a sudden?  Like all cliched turnarounds, it starts with defense.  Syracuse has only given up an average of 9 points in their wins (including 7 to Cincinnati, 14 to WVU and 9 to USF) but 43 in their losses (to Washington and Pitt).  Syracuse's defense is balanced, stopping the run and the pass essentially equally well.

Syracuse's defense has to win the games because the offense can't do it on its own.  The Cuse ranks 6th in the Big East in most major offensive categories (link provided above...no, the other one) and the outburst against Cincinnati was mostly set up by the defense, which forced three turnovers in the 2nd and 3rd quarters that led directly to short fields and scores.  Ryan Nassib and Delone Carter are the running and passing game, while someone called Van Chew apparently catches the most passes.

So this should be an interesting game.  The Cuse are riding high on a win streak, the Cards suffered a crushing defeat and the loss of our best player last week.  If we want to get to 6, getting this game would critical considering we still have West Virginia, USF and @Rutgers after that.  This is the official "Program Turnaround Bowl" and we can't let Syracuse claim the mantle from us.

First Play From Scrimmage:  I'm almost never right on these anymore, even though I literally have a 50/50 shot.  Complicating things further, who is our starting backfield?  Froman/Powell seems the least likely since one or both are hurt.  Froman/Anderson, Burke/Powell, Burke/Anderson, Brown/Anderson, Kuric/Donnell....I guess that last one is the least likely.  But still entirely possible and would be the most awesome.  Hedged: If Powell is in, run.  If Vic in, pass.  If Froman is NOT in, no matter who the running back is, run.  If Kuric is in, Strong goes for three on first down no matter where he is on the field.....and Kuric makes it.

Second Play From Scrimmage:  Running, more running.  Syracuse's pass defense is slightly better than their run defense, but last week proved we can essentially move the ball on the ground against anyone.  Sure it was just a little more than 100 yards, but after Powell went out and we were down a few scores, we had to rely on Froman's arm.....to unsatisfactory results.  And it was more than Pitt was used to giving up.  So I think our running game is really good.

Specific Hopeful Vision: Doug Beaumont will run a kick-off or punt back for a TD.

Did You Know? Were you aware it has been more than three years (October 13, 2007) since UofL won a road conference game.  That makes me sick just to type. Three years!

Offensive MVP:  Vic Anderson returns to his 2008 form as the featured back, has a couple big runs and one touchdown.

Defensive MVP:  Rodney Gnat.  Syracuse allows a touch more than 2 sacks per game on the season, good for 5th in the Big East.  Gnat has been quiet for some reason.  Syracuse's offense isn't spectacular, so as long as we continue bending....bending....bending, a few key sacks from Gnat could be a difference maker.

Syracuse Player You Will Learn To Hate:  Almost-Cardinal Shamarko Thomas:

Another former Cardinal target who would be a great addition to our team this season, he will make some big plays and remind us how awful Kragthorpe is.  We'd still accept your transfer papers, we don't really hate you, man.  He, Shenard Holton, Hakeem Smith and Champ Lee would have been the perfect "All-Name Safety Rotation."  What might have been.

Dom Brown "Show Us The Arm, Son" Watch:  Tantalizing glimpse.  Please for the love of Aqua Buddha have a misdirection play where he throws the ball.  I guarantee Chichester will be wide smokin' open.  Just once.

What Scares Me About This Game:  If we lose, we have to win two of three against Rutgers, WVU and USF, which is doable but still wouldn't guarantee a bowl at 6-6.  Not sure who will be playing at our two most important positions.  Syracuse's freaky weird looking mascot, pictured here: 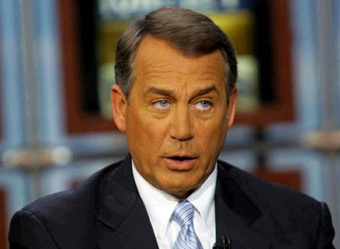 Finally, what scares me is Syracuse winning means the Big East is two Pitt losses away (which is very possible) from sending Syracuse as our BCS representative.  On second thought, I think that would be awesome.  So...

What Excites Me About This Game:  Syracuse winning means the Big East is two Pitt losses away (which is very possible) from sending Syracuse as our BCS representative. Syracuse has used turnovers and WVU's offensive incompetence to win a couple games, and now they are flying high and will be overconfident.  Charlie Strong hates losing more than any coach we've ever had.  It seems like he wants to go all Drunk Hulk on everyone around him, but keeps it together enough to take completely blame.  It hurts to watch, because you can tell it affects him so much and you want to be like, it's okay Coach Strong, we're cool, re-building year, no need to t flip out, please don't rip your shirt off, please don't strangle Rick Bozich...well, okay if it makes you feel better, just not enough to really hurt him.