Sunday was my first arena experience of any sort, and while the new place is certainly breathtaking (a friend said he felt like he was walking to the Titanic), it's definitely going to take a while for it to feel like home. From an aesthetics standpoint, it felt more like an NCAA Tournament game or neutral court regular season-game than an exhibition debut.

Gorgui Dieng still has a long way to go, but it's hard not to be impressed by a debut effort of 14 points and 11 boards. He also checked in and promptly buried a three, something I had no idea he was capable of doing.

I'm still on the fence over Sean Moth's "Dieng!" call. Something I'm not on the fence is the Rick Pitino "Gorgui!" call. It's sweeping the nation.

The only thing I was worried about when Pitino named Preston captain was that it would lead to him thinking he has to take over games late with his offense. He made some big plays when the game got a bit too close, but Knowles has to realize that him making plays off the dribble with the game on the line is not the best thing for the team. He's at his best when he's being set up by a more capable ball-handler. 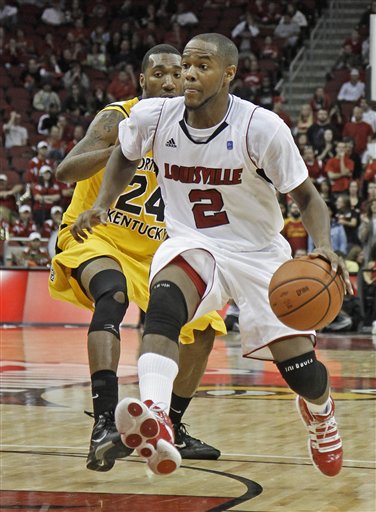 Not a confidence-inspiring performance from either Peyton Siva or Terrence Jennings, the two players on whom the success of the season likely hinges the most. Those guys have to be better and they should be better even at this early stage of the season.

We needed multiple players to make large jumps during the offseason, and it appears as if Rock Buckles has done that. If his shot continues to develop then he can be a double-digit scorer night in, night out for this team.

Mike Marra already looks 1,000 times more confident than he did at any point last season. He also looks like Sonny from The Godfather with his new locks.

I was disappointed with the intro video and starting lineups. Give me something with a beat.

The coaching staff needs to spend an entire day on "recognizing when an opposing player is left-handed." Tony Williams can be the celebrity participant.

Chris Smith had a trio of athletic finishes around the hoop, but I was really hoping to see him shoot. I was also hoping to see what he was wearing after the game. I will miss the nightly fashion shows. 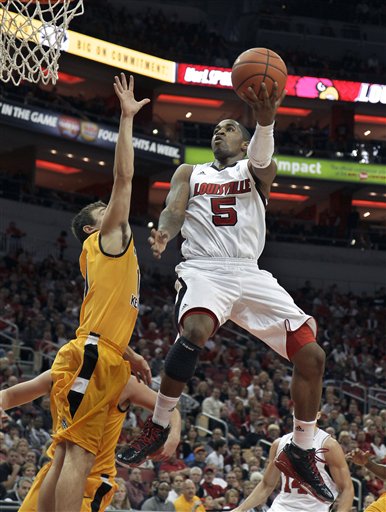 Not as many costumes in the crowd as I would have thought. I guess people were afraid to slut it up in a virgin arena.

The fact that Rick Pitino refers to one of our players only as "Bullet" is the most positive thing that's happened to this basketball program in a year and-a-half.

It's basketball season in Louisville.