There are going to be very few Big East road games this season that Louisville will be able to gauge as anything better than a toss-up, so taking care of business outside of the Commonwealth when they're expected to win is a must. The Cards used a 55-point second half to do just that Wednesday night, running past Providence 92-70 at the Dunkin' Donuts Center.

You can definitely see the pride that this year's players still have in the accomplishments of last year's team, and I think that's going to make U of L that much harder to beat in league play, or at least early on in league play.

That DeMarcus Cousins forearm may end up being the best thing that ever happened to Jared Swopshire. It's like it knocked all the freshman out of him.

Swop led Louisville with 11 rebounds, helping the Cards out-board Providence by an amazing final tally of 43-19. The Friars entered last night as the sixth-best offensive rebounding team in the country. Swopshire was also aggressive on the offensive end, getting to the line six times and converting on all six attempts.

His size, or lack thereof, is still going to keep him from being one of the better power forwards in the league, but this is the type of progress we were all hoping to see at this point in his career.

Edgar Sosa certainly put himself on the right track towards making good on his promise to step things up in Big East play. The kid is having an O'Bannon-esque senior season and there's really nothing more you can say.

Wednesday also provided a good lesson for this team: when you run out to a big early lead in a Big East game, don't start dicking around unless you're in the mood for a dog fight.

The Cards jumped out to a 14-0 lead and promptly began throwing overly ambitious alley-oop passes and jacking up threes from multiple feet behind the arc. The result was predictable: Louisville went cold from the field, PC clawed their way back into the game, and the Cards trailed by five at the break.

Against a Big East team with more talent and at least a vague interest in playing defense, this faux pas will result in more dire consequences....I'm talking about losing a basketball game.

Louisville out-rebounded Providence 26-7 in the second half. That's unreal.

"To get out-rebounded 26-7 in the second half isn’t anything I saw coming," Davis said. "Louisville is a very talented team, but they’ve out-rebounded their opponents about 6 a game, just about the same as us, and for us to not come up with better rebounds is a mystery to me of why we didn’t." 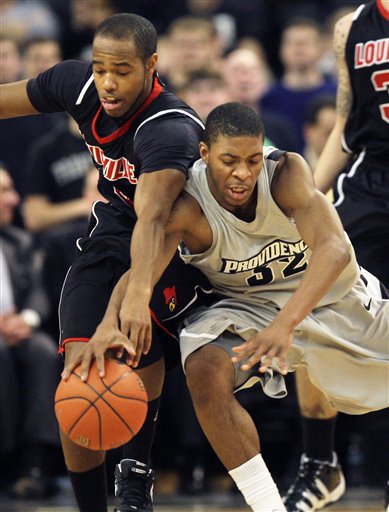 Pitino wanted Mike Marra to get a little extra PT in front of his friends and family, but I don't think anyone could have predicted that the Rhode Island native would play 26 minutes, especially after not seeing the floor at all against Kentucky or South Florida.

Pitino half-jokingly justified the situation after the game: "I was gonna play him tonight and I told Reggie it’s nothing you did wrong, it’s just that we’re not gonna get back to Providence for another two years and Mike may go pro so he may not get that opportunity."

To his credit, Marra responded well to the extra time, connecting on three-of-five treys and matching his season-high with 11 points.

Even more surprising than Marra's additional playing time and Reggie Delk's reduced role was the fact that Kyle Kuric did not play one second.

The only explanation: punishment resulting from wedding-related shenanigans.

Big East play has started and Jerry Smith's game is beginning to come around. What are the odds?

Towels throughout the Derby City will find it hard to sleep this evening. 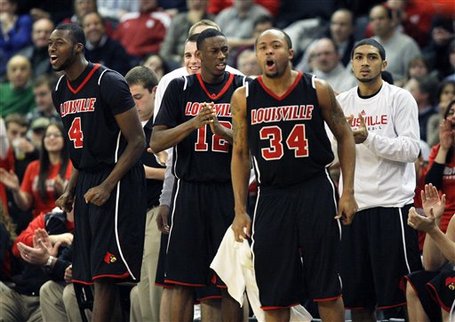 Samardo's effort was light years ahead of where it was against Kentucky, especially in the second half. His three-point play just before intermission was the biggest play of the game outside of the Knowles lay-up that may or may not have been legal (light up backboard: invest in one, PC).

Both Samuels and Jennings controlled the paint, combining for 15 boards (Jennings snatched six in 17 minutes) and four blocks. They're both frustrating to watch for spells, but giving maximum effort is all we can ask for. 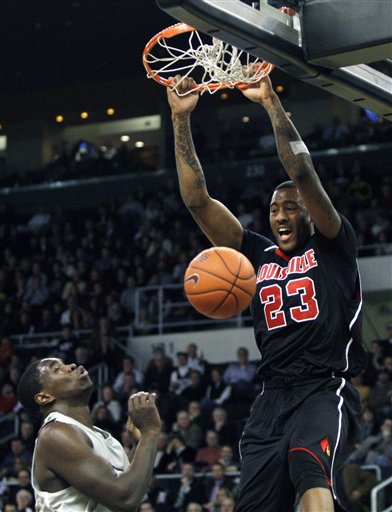 Providence's students are still on Winter Break, which partially explains why the Marra family made up 73% of the crowd at The Dunk.

This may have been Chris Brickley's best shot at Big East action.

Stay alert. It's a long season my left-handed friend.

Edgar Sosa says his favorite show is Jon and Kate Plus 8. So what? You know who else enjoys a little JKP8 from time-to-time? MIKE MOTHERF'ING RUTHERFORD.

Head up, Sos. Let's walk this hall together.

OK, I don't know what that means.

I'd forgotten how much I enjoy the pace of the Big East season.

Bring on the Johnnies.