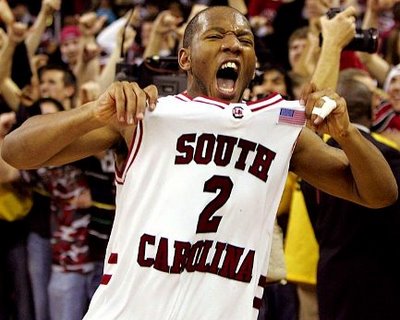 The Wolverines have a shot at the upset and a signature win if Manny Harris shows no ill-effects from his latest suspension and Tate Forcier can take care of the ball.

If Clemson snaps its two-game skid it will have to have done so without the services of second-leading scorer Demontez Stitt, who is out with a foot injury.

Two teams on compeltely opposite ends of the momentum spectrum.

Depaul is not as good as West Virginia.

I said before the season that Kentucky would lose one SEC game and that it would come at the hands of the Devan Downeys. I also said Syracuse would finish eighth in the Big East.

If Marquette still manages to lose this one by less than five then I'll start to get freaked out.

Not as cool as you'd think.

The Redhawks would probably win the Pac-10.

It felt so nice to end yesterday's post without a game on The Mountain.