As it relates to this team's evolution, I'm not sure today could have gone any better. 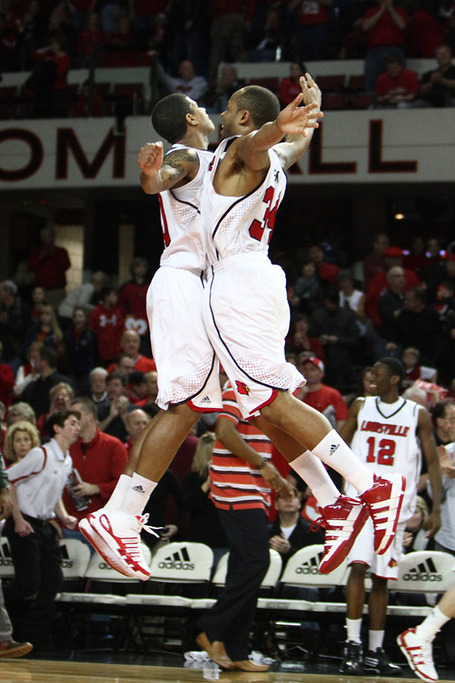 The Cards won a game that looked like it could go either way for the bulk of 40 minutes. Samardo Samuels and Terrence Jennings co-existed on the floor for a lengthy period of time and showed flashes of being a dynamic force. Reggie Delk gave one of the five best individual performances of the season and displayed a Pitino-inspired commitment to defense and rebounding. Edgar Sosa had some confidence restored down the stretch. And finally, Louisville notched its first victory over a top-50 RPI team, and got back over .500 in the Big East.

The six days between games is going to a feel a lot shorter than it would have if Mick had been doing the mamba out of Freedom Hall.

Enjoy the final shreds of your weekend and look for a full recap later.