Nightmare in Newark: The Sequel

Share All sharing options for: Nightmare in Newark: The Sequel

The two un-whistled infractions that should have both given us the ball down two with 0.7 seconds to go was dressing me in a sparkly purple vest for my wake after murdering me two days earlier. The final sequence made the lingering taste that much more bitter, but the fact of the matter is Louisville had no business having a shot to win this game.

The Cards have been successful in the Big East for the past three seasons primarily due to defense and rebounding, a pair of facets of the game this year's group seems to have zero interest in.

This wasn't like the game in Newark a couple of years ago, which many people immediately and correctly labeled as a fluke. Jeremy Hazell again hit some wild shots, but the bulk of the Pirates' points in this season's loss came via uncontested lay-ups, uncontested put-backs or uncontested outside shots. 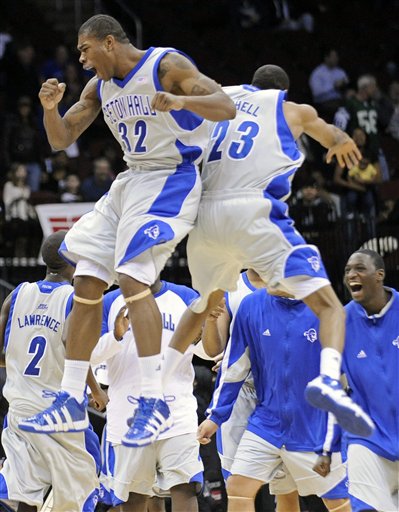 I think the situation right now is much simpler than a lot of people are making it to be: if the Cards refocus and adapt properly they'll make the NCAA Tournament, if nothing changes they go the NIT. The group is lucky in that they enough talent to make the proper changes turn into victories, but if they refuse to re-dedicate themselves beginning today then it doesn't matter.

Another game, another loss that still stings just as much the morning after.

I think we're all getting a little too used to this.