And your best Louisville game of the decade is

Share All sharing options for: And your best Louisville game of the decade is

The tremendous comeback against West Virginia in the 2005 Elite Eight, prevailing over the second-seeded '06 blackout of the Mountaineers by a commanding final margin of 222-117. 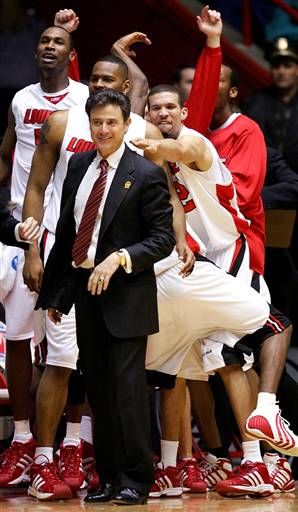 You all have shared yours, but my personal favorite memories from that day include:

--Thinking "I've never had a feeling like this in my chest before. Am I going to die?" As Taquan Dean raced down the court with the score tied at the end of regulation.

--Watching the entire second half upstairs by myself and hearing the downstairs party's screams about three seconds after mine since they were watching on satellite.

--The "You Just got Pittsnoggled" and "Welcome to the Big East" signs.

--Coming downstairs once victory was in hand and seeing my mom (who doesn't know what a three-pointer is) standing on a couch and clapping.

--Meeting up with friends hours later and sharing hugs like we hadn't seen each other in a decade.

--Getting up early the next morning to snag a Final Four shirt from the mall before making the trek back to school.

A very deserving champion. Thanks to all who participated in the voting.