I've missed these posts, which occasionally evolve into pseudo open threads, so I'm bringing them back. 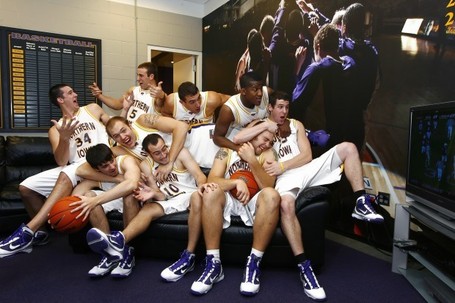 How 'bout that Nick Saban?

Two very good teams in a game that will go a long way in determining seeding for both the ACC and NCAA Tournaments.

Did you know that George Mason actually went to the Final Four once? Use that one and school tomorrow and enjoy your new girlfriend.

A pretty big game for both teams. Northwestern's trying to prove they can be a top five team in this league while the Buckeyes want to show they can be the class of the conference with a completely healthy Evan Turner.

A&M is looking to salvage one victory from the dreaded Texas/Kansas State/Oklahoma trifecta.

All of the sudden Illinois is second in the Big Ten and Purdue is riding a three-game losing streak.

The Panthers are the best mid-major in the country, but they fall this evening.

Name a player on either team without Googling and you can post whatever you want on the site tomorrow.