Share All sharing options for: Will Stein named backup quarterback

Steve Kragthorpe has reportedly made the surprise move to name redshirt freshman walk-on quarterback Will Stein as the primary backup to Justin Burke in week one. 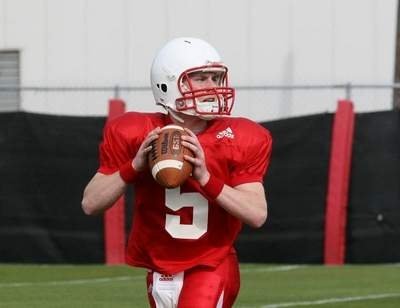 Stein, who broke Brian Brohm's single-season touchdown record en route to a state championship at Trinity High School in 2007, has been praised often by the coaching staff for his leadership qualities and overall understanding of the game.

A big victory for a little guy who wears my favorite number and who multiple people have said reminds them of me.

We should probably hang out. Or I'll just support your football career from the stands. Either way, man.