Ten reasons to be excited about the 2009 Louisville football season

Share All sharing options for: Ten reasons to be excited about the 2009 Louisville football season

The biggest reason there's been less buzz than a hive of aunts (they don't make noise...right?...did Antie in Honey I Shrunk the Kids make some kind of noise...no...did he?) surrounding Louisville football this summer is that for the first time in the decade to be named later the Cards are universally projected to be below average.

The second biggest reason is that there isn't a consensus among the fan base as far as what the best case scenario for this group entails. A season of 3-9 or 4-8 isn't going to sit well with anybody, but if the result of such a campaign is the dismissal of Steve Kragthorpe, then there's a large chunk of U of L fans who would greatly prefer that to a - on the surface - pleasantly surprising run to 7-5 or 8-4 (likely the most ambitious any reasonable prognosticator could bring themselves to be) if it means Kragthorpe gets to stick around.

Here are 10 reasons to get excited about the three month (or more???) journey lying right around the corner.

Let's be honest, the atmosphere, the food and drink and the overall opportunity to let loose a little bit is one of the biggest attractions this time of year provides. On-field performance has no affect on those things. Get excited.

2. The chance to beat Kentucky and have it be an upset

Before last year, it had been about a decade since Louisville came into the Battle for the Governor's Cup with anything more than a little to gain and a lot to lose. And still, the Cards entered that eventual 27-2 loss in PJCS last Labor Day weekend as 3.5 point favorites.

There is no doubt that this year, for the first time in longer than any of us can remember without looking it up, U of L is going to be an across-the-board underdog when it takes the field inside Commonwealth Stadium. Now as depressing as that may be given the fact that this appears to be Rick Brooks' worst team since at least 2005, the thought of stunning an all-of-the-sudden - dare I say - cocky Kentucky football program is quite delightful.

The image of Cardinal players hoisting the Governor's Cup in front of a shocked and crushed - as opposed to drunk and apathetic - crowd in Lexington has my pants half off...as it should all of you.

Since early October of last year, Victor Anderson has probably been the most positive single aspect of the Louisville football program.

The St. X product produced one of the best freshman seasons of any Cardinal in history, and was rightly named the Big East's Rookie of the Year. With the element of surprise out the window and an inexperienced offensive line in front of him, avoiding a sophomore slump, however mild, might very well be a difficult task.

This season should give great insight into whether Anderson winds up having one of the few truly special Cardinal careers.

This time last year, Louisville was already 0-1. In 2009, insanely irrational dreams can be entertained until at least mid-to-late September.

Fact: the Big East simply isn't very good, and on paper there are zero teams on Louisville's '09 schedule who have the Cards so outclassed from a talent standpoint that predicting a victory is UK basketball fan irrational.

If, just if, everything fell into place and Louisville caught every break imaginable and became perhaps the worst team to ever win a BCS bowl, the fact that it was all unexpected would make it more special than the '06 season in my eyes.

I'm not crying, it's just been raining on my face.

One of the best ways to deal with unsettling things is to make light of them, and some of the best comedy in history has been born out of traumatic situations.

If the worst does end up coming to fruition over the course of the next few months, at least we'll have each other to laugh about it with. Honestly, I probably smiled more while following the game thread during the Rutgers game than I did any other contest outside of Kansas State last season.

We're not going to be malicious or ridicule the kids who have put so much effort into giving us something to discuss ad nauseum during the fall, but if things get too hard to look at seriously, we'll have some fun.

6. The chance to snap the nation's longest winning streak

If Louisville does upset Kentucky, there isn't one of us whose hopes won't be unreasonably high when the Cards travel to Salt Lake to face a Utah team that will almost certainly own a national ranking as well as - barring a loss one week earlier at Oregon - the nation's longest winning streak.

Of course you might reason that being the only team not to lose last year would also make them the owners of the game's top honor, but you'd be mistaken, for, you see, college football is silly. Still, a 3-0 record with a win over the Utes would catapult U of L back into the national spotlight and probably vilify the Cardinal fan base for its criticism of Kragthorpe, but I think we'd all be OK with that.

7. An unknown commodity at quarterback

From Chris Redman to Stefan LeFors to Brian Brohm to Hunter Cantwell, Louisville football fans have known what to expect from their starter at the game's most critical position for quite some time. That changes this year as N.C. State transfer Justin Burke takes over for Cantwell in his first year of eligibility as a Cardinal.

If Burke doesn't get the job done he will be supplanted by someone else who has never taken a snap inside The Oven, be it JuCo transfer Adam Froman, redshirt freshman Zack Stoudt or walk-on Will Stein.

It may not be ideal, but it is kind of exciting.

8. The possible search for a new coach

Coaching searches are high drama. The rumors, the candidates, the plane tracking; it's all very stimulating .

If the '09 season crumbles to the point where Steve Kragthorpe roaming the sidelines in 2010 becomes implausible, then at least there should be plenty to talk about as winter rolls in.

9. A game on Halloween

Though Thanksgiving called dibs on being football's official holiday years ago, it's probably Halloween that is the sport's most natural celebratory companion. 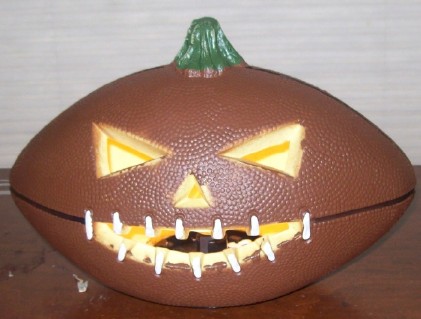 10. Potential revenge against Syracuse and Connecticut

Simply losing to Syracuse and Connecticut alone is enough to make Prairie View A&M feel sorry for you, but the way the Cards have gone down to the Orange and Huskies the past two seasons has made the thought of a third straight loss to either almost unbearable.

U of L snatched a crucial defeat from the jaws of victory against Connecticut in both 2007 and 2008, a pair of years that also saw the Cardinals upset by Syracuse squads who may have each been the worst BCS conference teams in the country.

It won't completely make up for the past, but a couple of wins against these two will go a long way towards restoring order around these parts.

All right people, it's time. Whether you're ready or not.

There are 12 games to be played, arch-rivals to be dealt with, high-fives to be shared, good and bad moments to be processed, and a conference race to unfold.