Who is Chris Smith?

Share All sharing options for: Who is Chris Smith?

News broke yesterday that the newest Louisville Cardinal was Manhattan transfer Chris Smith, a guard who will have two years of eligibility after sitting out next season.

So just who in the hell is this guy? 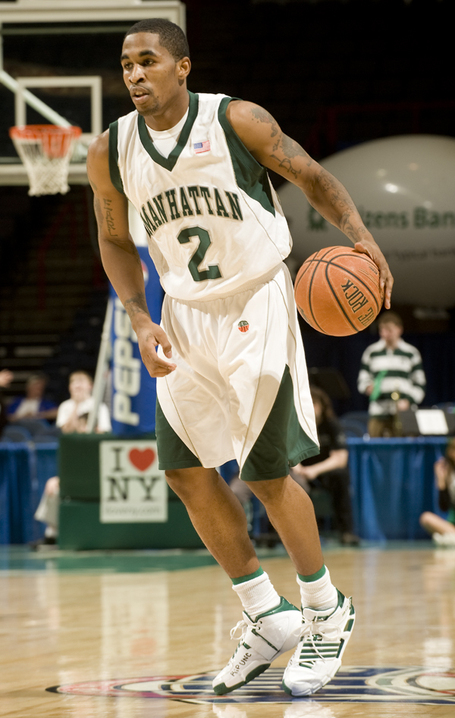 Smith, the younger brother of Nuggets guard J.R. Smith, led the Jaspers in rebounding (5.7 rpg) last season and ranked second on the team in scoring at 13.4 ppg. He scored in double figures 20 times, notched a pair of double-doubles and dropped 35 in a December victory over Princeton.

As a freshman in 2007-2008, Smith averaged 9.9 ppg and scored more than 20 points in three league contests. He originally signed with Seton Hall in April of 2007, but was granted a release after experiencing some eligibility issues and ultimately landed at Manhattan, where he had to sit out the first ten games of his rookie season.

A star at prep powerhouse St. Benedict's (N.J.), Smith was billed as an elite scorer and athlete, the two qualities which still reportedly define his game.

Here's some video of Smith playing for Danny Hurley's squad in 2007. Watch and you get the added bonus of finding out which animal he thinks best defines his game (here's a hint: it's not the sphinx moth).