Share All sharing options for: Indiana State added to 2009 schedule 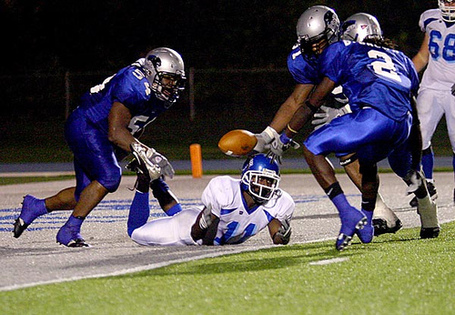 There hasn't been, to my knowledge, a formal announcement from U of L, but according to the Indiana State athletic website the Sycamores will be traveling to Papa John's Cardinal Stadium for a game on Sept. 5.

The Sycamores went 0-12 a season ago, and lost to the two Division I-A teams they played (Eastern Michigan and Northern Illinois) by a combined total of 100-3.

Expect the Steve Kragthorpe offense to pull out all the stops. Off-tackle runs on obvious running downs, crazy middle screens on 3rd and long, six-yard hooks, all of it, baby.