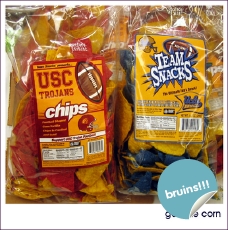 Six thirty, eh? I guess the common thought here is to go ahead and get this thing over with as quickly as possible.

Exactly the type of game Tyrese Rice and company has to have.

Let's try and keep the head stomping to a minimum.

The CAA front-runners can't afford a slip up on the road against a lesser opponent.

The Seahawks have fallen off significantly since earning a nine seed in the Big Dance just three seasons ago.

The first of an enormous three-game stretch for Frank Haith and the Hurricanes.

With the standings so jumbled at the halfway point, the Mountain West Tournament figures to be one of the most entertaining in the land come mid-March.

Two of the SEC's 12 average to below average teams do battle play.

A huge, huge game for the Keno's NCAA Tourney hopes.

Besides Indiana being awful, can anyone tell me what the hell is going on in this conference?

CBS College Sports is abnormally large on the C-USA, apparently.

A win tonight would actually leave the Tigers with a stronger resume than the 'Horns.

A day after Thanksgiving and two days after Groundhog Day tradition.

This one will probably be worth staying up for if you have the luxury.