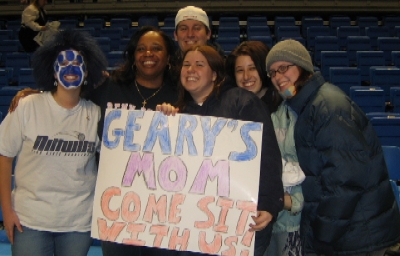 It's another Big Ten Netw--OH MY GOD. Make sure to remember to say hi to your mom, Geary Claxton.

Something tells me this one could be a lot of fun.

The Orange really need to lose this one to have any real shot at achieving their goal of setting the consecutive years on the bubble record.

There's a very real chance that these two will meet again in a couple of weeks in a game attended and watched from home by even less people.

Remember when we beat New Mexico in the second round of '97 tournament? That was pretty cool.

Does anyone really think LSU is one of the 25 best teams in the country? I suppose it's sort of like how people feel the need to rank whichever football team is leading the ACC somewhere between 12-19 regardless of how poorly they performed out-of-conference.

A pretty big game for two teams stuck in the middle of the jumbled ACC.

Not if you put a gun to my head.

Maybe if you put a gun to my head.

The Mountain: Proudly serving as background noise for college basketball fans who can't sleep without the television on since 2008.