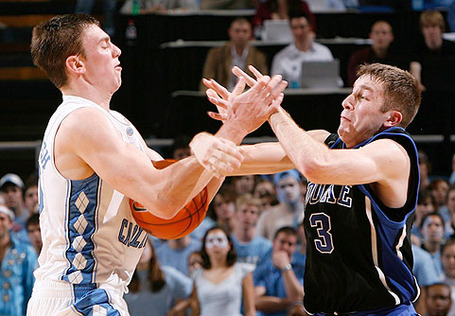 If Penn State makes the NCAA Tournament, whoever they play is going to be so pissed that their friends and families have to find a place that carries the Big Ten Network.

The last time the Flyers won at Xavier, ESPN Classic didn't exist...neither did ESPN2 or the cotton gin.

Two techs, isn't that an ejection? I know you're laughing, Nana.

I would rather watch the dog show equivalent of the NIT.

I'm still not sure if anyone actually gets this channel. What the hell happened to Versus?

My four-step Badger plan is in full swing.

You don't win in the Qwest Center unless your mascot is blue and a jay.

It's the proverbial resume game for the Bears.

I wish these two programs would just go ahead and decide whether or not they care about being legit.

It sounds a lot better than it will actually be.

It sounds every bit as bad as it will actually be.

Sole possession of first place in the mountain is on the line.