If Louisville had traveled to Vegas and handled UNLV with ease, then last night's game would have pretty much been a throwaway. However, seeing as how the Cards were upset by the Runnin' Rebels and returned to the Derby City with multiple players needing a confidence boost, there probably wasn't a better time to face off against what is probably the weakest squad on the schedule.

It wasn't particularly fun to watch, but it was probably more beneficial than a lot of people are giving it credit for.

There's bound to be at least a minor relapse coming at some point, but Edgar Sosa's senior season is off to a tremendous start. Obviously a hot shooting start has helped, but it's the other little things that are making him look like a completely different player. He looks a step quicker, he's still not a great on-ball defender but more times than not he's in the right position, he's making the extra pass even when the game's out of reach and, honestly, he just looks more at ease.

Many Cardinal careers have been defined by senior seasons and here's hoping that's the case for Good Edgar.

It was pretty obvious that Jerry Smith had been given word to put the ball up early and often, and he certainly followed orders, driving hard to the bucket numerous times, connecting on 6-of-8 shot attempts and finishing the game with a season-high 17 points.

I don't think anyone doubts what his desire and leadership mean to this team, but he's also got to step up his on-court performance significantly for this group to hit its potential.

Congrats to both Edgar and Jerry for joining the 1,000-point club last night. Louisville now has 62 1,000-point scorers, which ties them with North Carolina for the most in college basketball.

If you're extremely bored at work (why else would you be here), I'd suggest you relive the magic that was last night's open thread. It was pretty entertaining for a game that was as lacking in excitement as last night's.

I'm really worried about Samardo. A lot of people said before the season that how much he had improved would be the deciding factor when it comes to whether or not this team can compete for another Big East title, and the fact of the matter is that right now he looks worse than he was 12 months ago. His inability to rebound has been well documented, he appears to be getting pushed around by post players he has both inches and pounds on, he still ALWAYS turns to his right when he looks to score, he still never uses the board and his pouting appears to have increased tenfold.

Even at the height of its popularity I never joined the "Jennings should play more than Samuels" club last season, and I'm still not on board now, but TJ certainly appears to be gaining significant ground on Samuels offensively, and he's always been ahead of him defensively.

Prep hype can only take you so far. The time to step up has come, 'Mardo.

This has nothing to do with the game or basketball, but I feel like I need to address the fact that Eric Crawford wrote an entire column for this morning solely to show me up for not turning "stepping stone" into a compound word.

Really, Eric? Couldn't think of a more mature way to express your jealousy over my Krag-esque salary and Krag-esque level of fan support. Grow up.

Are you allowed to say "douche face" in your column? You're not? That's funny, because I just did it. 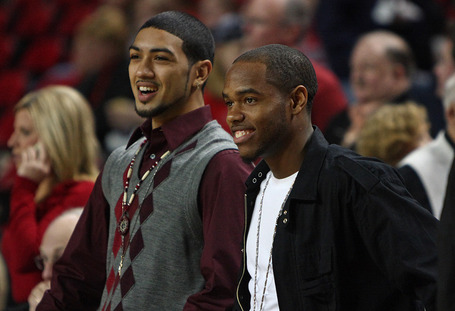 Can't believe I'm about to say this, but point, Siva.

Argyle Wednesday respect for the win.

He's taking a lot of heat for his ice cold shooting start, but I really, really think Mike Marra is going to be a significant contributor here throughout his career. True, he's got to start hitting some shots if he wants to keep seeing the floor, but for a guy who was advertised strictly as a sharp-shooter, the other aspects of his game are much further along than I think most of us expected them to be.

First, he's extremely athletic. He's a very capable defender and rebounder, and he's a much better passer and ballhandler than I thought he'd be. If he can prove that he's the shooter he's supposed to be then he's going to have to get double-digit minutes night in, night out.

Their HD feed is always out, their picture is always awful, there's constantly something messed up with their sound and then last night they try to give the entire city a stroke.

Your product is miserable and I wish I wasn't forced to rely on it.

There's something about the letter S wearing a hat that tickles me in a way few other things do. 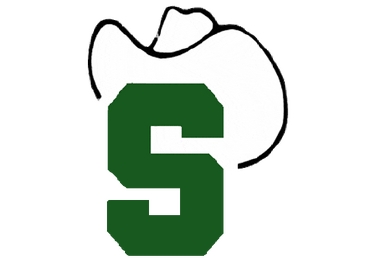 Reggie, Kyle Kuric, Swop and Rock Buckles all deserve mentions for their respective efforts, so, yeah, there you go guys.

Charlotte returns to the Hall Saturday night. If Diego Guevarra is still on that team and blowing kisses to his wife after every shot he makes, you have no idea how pissed I'm going to be.

Get ready for the pain, Bobby Lutz.