Share All sharing options for: 2008 Card Chronicle Man of the Year: David Padgett 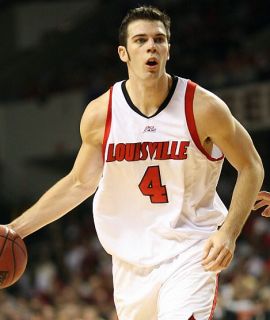 Barack Obama can't hit the flat right hook with that much consistency. Really, there hasn't been an easier choice since Abraham Lincoln drubbed Marge Schott in the little-known "Lifetime Equality Achievement Award" election of '93.

Over the years there have been a countless number of fans cheering on teams possessing extraordinary individual performers who have wondered aloud: "where would we be without this guy?"

Any U of L supporter who may have asked this question in regards to David Padgett before last season received their answer from Nov. 21-Dec. 29, 2007, and it was a pretty easy to read.

Without its senior captain for more than five weeks, Louisville dropped three games it was favored to win, including back-to-back losses to the unranked duo of Dayton and Purdue, the former of which came at home. The suddenly young Cardinals looked frustrated and confused, and played disorganized and erratically.

And then the player whose career had been left for dead returned.

With Padgett restoring order on the court, the Cards came within a game of a Big East regular season title, rolled through the first three rounds of the NCAA Tournament, and fell just a victory short of the Final Four.

Perhaps more so than any other player in Louisville history, his value extended beyond individual statistics.

Padgett led just as much as he scored, directed every bit as forcefully as he rebounded, and cheered just as often as he passed. He was a fearful post presence, an able leader, and a tremendous offensive facilitator. He was, without a doubt in my mind, the most valuable player in college basketball during the 2007-2008 season. 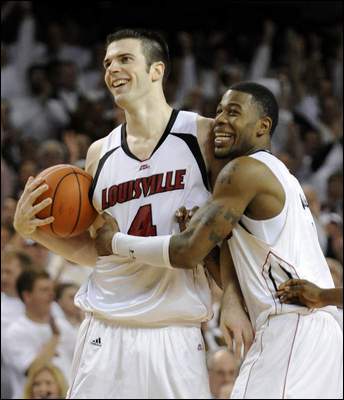 I suppose the best compliment you can pay to the man is that he possesses all four qualities that coaches in every sport seek: talent, intelligence, dedication and fearlessness. It's rare these days to see a player who possesses even two or three of these traits, so to not cherish every second you have to cheer for someone who embodies all four is foolish, and borderline irresponsible.

There isn't a U of L basketball player who cared more, played harder or represented the program better than Padgett did during his stay in the Derby City, and that's why he's our Man of the Year for 2008.

Plus, he's a total hottie.