Share All sharing options for: Your 2008 Louisville Football awards

The most important step on any particularly difficult road to closure is acknowledging the existence of an unpleasant reality. So while the best healing approach at the moment may seem to be to deny that the 2008 Louisville football season ever took place, or to admit its presence but add that it ended in 1997, neither is actually a healthy option.

So let's go ahead and face this thing, head-on, together. We'll hand out some awards, have some laughs, shed some tears, break some shit, then chuck this season in a box and stick a small, vomit-colored bow on top.

My hand is here; feel free to reach for it if need be.

There was much chatter during the spring and summer months that Anderson was going to be the surprise of the season, but nobody was so bold as to predict that the St. X product would race past the 1,000-yard mark, shatter the U of L freshman rushing record and earn Big East Rookie of the Year and Sporting News Freshman All-American honors.

Again, our lone beacon of sanguinity for the next nine months. 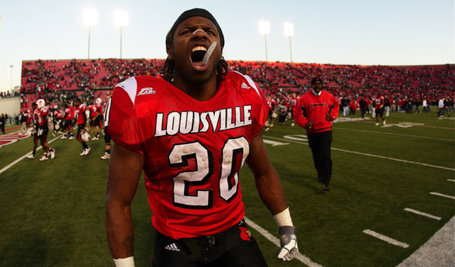 The Junior College transfer came in with relatively little hype, but led the Cardinal defense in solo tackles, total tackles and forced fumbles, and trailed only Adrian Grady in tackles for loss. He was the lone Louisville defender to earn All-Big East accolades, garnering a second team nod.

Best Moment: Cantwell's 24-yard TD pass to Scott Long to give the Cards the lead for good against USF

A tremendous pass and catch that resulted in the feeling that this team could compete for a conference title in a down Big East. True story: they actually called off the rest of the season after that play.

Yes, the game was already out-of-hand, but being forced to watch Eric Wood chase Pryor in vain was almost too much to take. It actually might have been too much to take, because I honestly don't remember seeing it live.

The clock hitting zero in the Carrier Dome

When he first caught the ball and I saw where the defenders were positioned in front of him, I would have set the odds of Vic getting the ball into the endzone at no better than 10:1. This was the moment I officially climbed on the No. 20 bandwagon.

Cantwell to Long against South Florida

Travis Norton tackling Jourdan Brooks by his hair against Rutgers

Ah, back when the only question was which bowl this team would end up playing in.

Kentucky sucked because it was the first game of a season so many were already anxious about (and because it was Kentucky), Rutgers sucked because it was just about the most humiliating thing I've ever had to sit through as a sports fan, but the Syracuse loss coming just a week after the South Florida win re-introduced the notion that something was seriously, seriously wrong with the program, and that - I think - makes it just a touch more depressing than the competition.

Extremely slim pickins here, but Louisville's top triumph of the season also came in the contest that most resembled an actual big-time college football game.

Going off for 176 yards and three scores on just 18 carries and two receptions will do that for you.

JP was named the Big East Defensive Player of the Week after his 19-yard fumble return for a touchdown propelled the Cards to a 35-28 win over the Tigers. He finished the game with six tackles and figured in a potential 10-point swing at the end of the first half when he blocked a field goal that was returned for a U of L touchdown.

Yet another remarkable performance by White, who will finish his college career having rushed for 8,657 yards and 32 touchdowns and thrown for 11,998 yards and 51 more scores in just four games against Louisville. He also hired Ron Cooper and hit a halfcourt shot to knock the Cardinal basketball team out of the 1981 NCAA Tournament.

I don't think a completely healthy Scott Long for the whole year would have resulted in two or three more victories, but this offense desperately needed a legitimate deep threat and No. 84 was the only one it had. Him being out for nine games and only being truly healthy for one was a far bigger blow than some are willing to acknowledge. 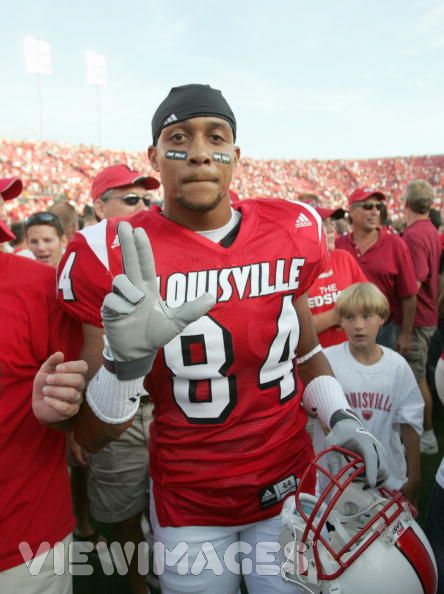 Most Appearances by a Penalty: Not enough men on the line of scrimmage

I might have seen this penalty called twice during all the hours I spent watching NFL or other college games this season, and somehow I don't think there was a U of L tilt over the past three months where the Cardinals weren't flagged for it more than once. Amazing, really.

Worst Coaching Decision: The 3rd and 23 draw to Brock Bolen against Cincinnati

The deadball timeout against Connecticut

Biggest Personal Overreaction (Positive or Negative): The Zack Stoudt jersey throw after the Bilal Powell fumble and TD against Kentucky

Yes, it was a big play, and yes, nobody else saw it, but it was still incredibly premature and unnecessary.

Getting hammered in a giant Snoopy head after the Syracuse loss

Best Kragism: "We’re frustrated with productivity in terms of points."

It's a solid aspect of productivity to be frustrated with.

"I don't judge games by the score, I judge them by what I see on film."

"I think (now former Syracuse head coach) Greg Robinson is doing a nice job there. He's building the program there. I know he hasn't seen the fruit of his labor yet, but I think he's done a good job. I think they're very, very well-coached in all three phases of the game. We know we're going to have our hands full up in the Dome. We've never played well there. We know we're going to have to play our 'A' game when we go up there." 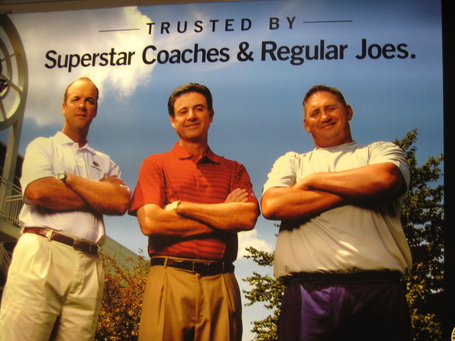 Best Performance by a Player Who Never Saw the Field: Rock Keys

Best Reason to be Optimistic about the 2009 Season: Victor Anderson being alive

I was going to add "and healthy," but a one-legged Vic is still probably more of a reason to be excited about the Tennessee State - or whoever the hell we play in next year's opener - game than just about anything else.