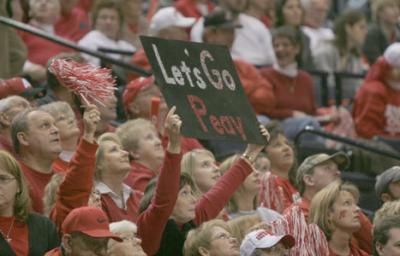 Last Meeting: Louisville won 86-64 in the first round of the 2003 NCAA Tournament

Louisville takes a slight step up in competition Saturday afternoon when defending Ohio Valley Conference champion Austin Peay strolls into Freedom Hall. The Governors enter the game having won four straight, and have had a full week to prepare for the ninth-ranked Cardinals.

Peay is led by senior Drake Reed, the 2007 OVC Player of the Year. The 6-5 forward is currently enjoying his second reign as league's Player of the Week after he hit 15-of-22 shots and netted a career-high 37 points in last Saturday's 81-73 victory over conference foe Eastern Illinois. Reed isn't much of a threat from outside - he's just 1-for-8 from beyond the arc this season - but he's a force around the basket despite his relatively small stature. He's averaging 20.2 ppg and 7.9 rpg, and recorded double-doubles against both Ohio (20/12) and Georgia Southern (22/10). 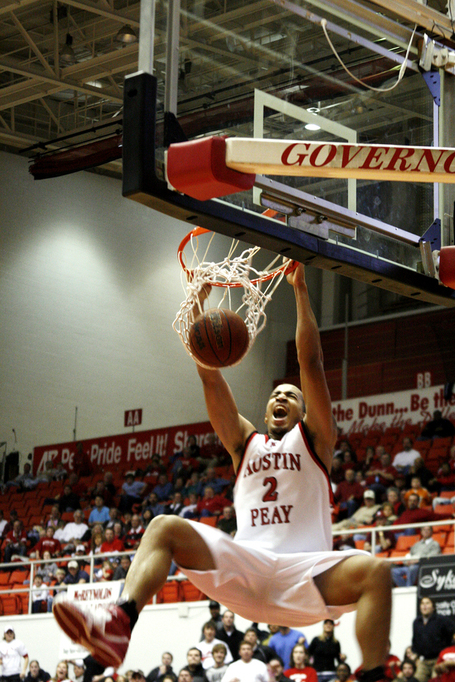 Guard Wes Channels is the team's top outside threat, having taken 50 three-pointers and connected on 19 thus far in his junior season. He's scored 20 or more points on three separate occasions, and his 16.7 ppg average is second best behind only Reed

Senior Kyle Duncan is the Governors' only other double-digit scorer, coming into Saturday averaging 10.4 ppg. He hit 6-of-7 treys and scored 18 points in a league win over Southeast Missouri State on Dec. 4, and he's a solid 15-of-32 from deep on the season.

Sophomore guard Caleb Brown (7.0 ppg) and junior forward Ernest Fields (5.4 ppg) round out the starting five. Neither is much of a scoring threat, but Brown leads the team in assists (3.9 apg), and Fields is regarded as the team's best defender (14 steals). Freshmen Anthony Campbell and Tyrone Caldwell have shown promise, and will likely be the first two players off the Governor bench.

No earth-shattering highlights on Peay, but this video from last year's OVC semifinal win over UT-Martin (single tear for Lester Hudson) has some solid clips of several players, including Reed and Fields.