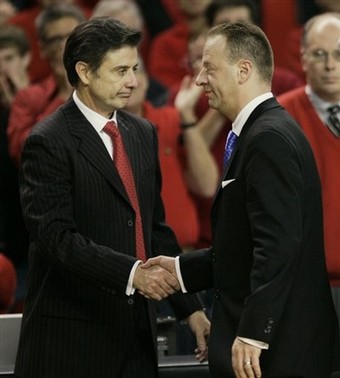 First round action from the Puerto Rico Tip-Off where Virginia Tech routed Fairfield and Xavier stole one from Missouri earlier today. Memphis will win this game and await the winner of Seton Hall/USC.

These aren't your two-year-old nephew's Salukis, so the potential for Duke/UCLA to be spoiled here is minimal.

The Gonzos don't really have anything on their non-conference schedule outside of this tournament, so knocking off the Trojans or picking up a pair of solid victories in the consolation bracket is paramount for their NCAA Tourney hopes.

Bruce Weber and Kevin Stallings are good friends. Expect to hear about that 15 times in the first half.

You have my permission to not watch one second of this game.

Manny Harris has an outside shot to take home Big Ten Player of the Year honors, but a Wolverine victory would still be shocking...and disappointing,