A perfect 7-0 mark for the nation's premier college basketball conference on the first night of extensive non-conference action.

Here's how it happened.

The Huskies scored 54 of the game's final 66 points to turn a tilt that had been touch-and-go into a laugher.

Starting in place of an injured (ankle) A.J. Price, Kemba Walker stole the show. The ballyhooed freshman scored 21 points and committed zero turnovers over the course of 29 minutes.

If you told me there was a team in action Monday night that was more impressive than the Panthers, then I'd be forced into calling you a knave. I wouldn't want to, but there would be absolutely no way around it.

In taking a Miami team that nearly knocked off UCLA behind the woodshed, Pitt looked like a team possessing everything necessary to make a serious push for the national title.

All four starters scored in double figures, including  junior college transfer Jermaine Dixon (14), perhaps the team's biggest question mark heading into the season. Despite playing just 19 minutes, DeJuan Blair finished a rebound shy of a double-double, and Levance Fields scored 12 while handing out a career-high 12 assists. 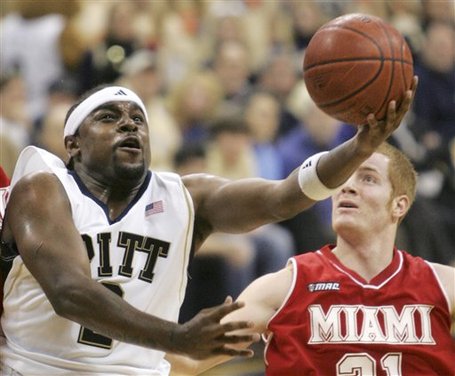 Wesley Matthews scored 26 points and Lazar Hayward added 21 to lead the Golden Eagles past the conference-less Cougars of Chicago State.

Despite the win, first-year head coach Buzz Williams can't be happy that 5-foot-8 David Holston - one of the nation's leading scorers a season ago - was allowed to hit seven three-pointers and score 33 points.

Jerel McNeal will be the first to tell you that it wasn't his fault.

Dante Cunningham scored a career-high 33 points to go along with 11 rebounds as the Wildcats routed visiting Fordham Monday night.

Corey Stokes and Corey Fisher each added 17 points, but perhaps the best news of the night for Jay Wright's team was that senior forward Shane Clark was able to return to action just 11 days after having surgery on his right knee.

Dwayne Anderson and Casiem Drummond missed the game with injuries.

Preseason Big East Co-Freshman of the Year Greg Monroe looked as good as advertised, delivering 14 points and seven rebounds in his collegiate debut. The 6-foot-11 former McDonald's All-American ran the floor, made several nice moves away from the basket, and was credited with three blocked shots on the defensive end.

While Monroe was busy comparing shoe-sizes with Roy Hibbert, sophomore point guard Chris Wright was scoring a team-high 16 points in his initial effort to match the footprints left behind by three-year starter Jonathan Wallace. 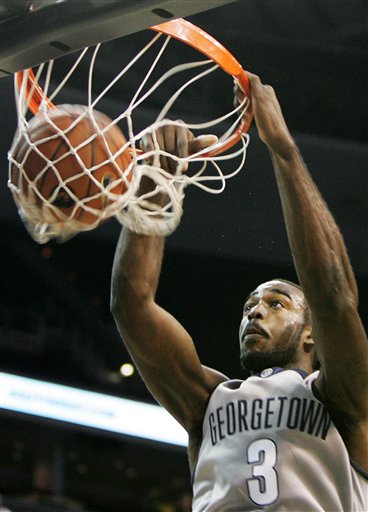 Anthony Mason Jr. scored a team-high 24 points to lead the Johnnies past the class of the Ivy League in an opening round game of the Preseason NIT.

D.J. Kennedy scored 22 points, sophomore Justin Burrell added 11 points and 11 rebounds and Malik Boothe netted 14 points and nine assists for the Red Storm, who will play Boston College in the second round on Tuesday.

Dar Tucker led all scorers with 23 points, and junior point guard Will Walker added 19 points, two blocks and three steals as Depaul began its 2008-2009 season with a win over the Great Daines out of the America East Conference.

The Blue Demons, who ordinarily play their home games at the Allstate Arena, played a regular season game on campus for the first time since 1999.