Share All sharing options for: Padgett has strong preseason debut

After a fairly pedestrian summer, David Padgett kicked off his second campaign to prove he can be an NBA player in style Sunday night.

In just 17 minutes of action, the former Cardinal (I'm not cryin', it's just been rainin' on my face) went 4-of-5 from the field and produced 11 points and six boards in the Miami Heat's first preseason game. 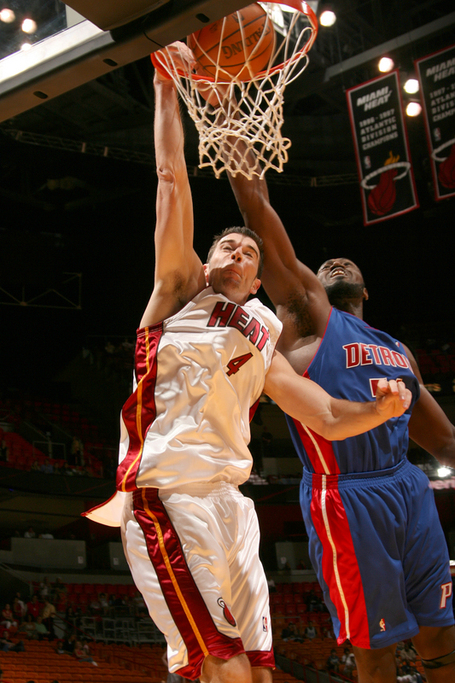 Padgett is attempting to learn the power forward position, since the Heat roster already includes centers Mark Blount, Alonzo Mourning, Jamaal Magloire and Joel Anthony. Before the season begins, Miami will have to cut six players.

I don't know what kind of a shot he has to make the league right off the bat, but I do know the man will certainly earn each and every bit of whatever good comes to him from here on out.