Raglin done for the year

Share All sharing options for: Raglin done for the year

Senior free safety Richard Raglin will miss the rest of the 2008 season, but will seek a medical redshirt in order to obtain a fifth year of eligibility.

Raglin sustained an arm injury in the second quarter of Louisville's 38-28 win over Kansas State on Sept. 17. 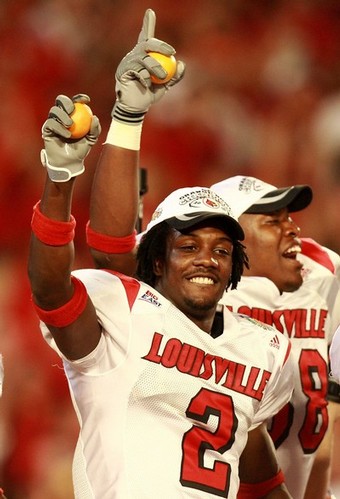 In two and-a-half games of action in 2008, Raglin recorded six tackles and one tackle for loss. He started against both Tennessee Tech and Kansas State.

Here's hoping for a full recovery and a tremendous senior season in '09.